SPINNING JENNY 2000
is a wide-scale installation
presented for the first time
at the kind invitation of
48 STUNDEN NEUKÖLLN
http://www.48-stunden-neukoelln.de/de/event/notbewerbung-alexine-chanel-appareil

SPINNING JENNY 2000 is a wide scale installation planned in the Bruder Gemeinde, on a surface of around 16 meter by 11 meter. It will be show there for the first time as part of and in response to the art festival “48 Sunden Neukölln” whose theme for 2016 is “SATT”, as is surabondance, excess, glut, mass consumerism.
The installation consists of a large volume of white cotton gloves (around 1000 pairs) manufactured in Bangladesh, which are hung as so many pennants on yards and yards of string, ironically reminding one of national holidays and fêtes (Feiertage).
“Spinning Jenny” is a machine that was invented during the industrial revo- lution. The device reduced the amount of work needed to produce yarn, with a worker able to work eight or more spools at once. This grew to 120 as tech- nology advanced. This seems an adept reference to the thousands of workers, invisible and remote, whom make our garments in Bangldesh or China or other countries where labor is cheap thus ennables huge profits on a mass scale for wide-distribution fashion megabrands such as H&M and all of the “big” names of cheap outfitters.
The objective of this project is to bring the public attention to the persons behind the fashionable garments offered in wide-distribution fashion estab- lishments, reminding the consumers of the origins of the word “fashion”: from Latin factio(n-), from facere ‘do, make’, which implies a maker behind each item of clothing; to help end-users realise someone else on the other end of the chain is paying for the cheap T-shirts we buy. 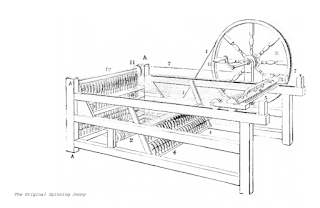 The installation SPINNING JENNY 2000 is part of a wider project, “APPAREIL”, and Günter Nest’s project “HABITAT FORUM BERLIN” and more precisely the theme: “ARBEITER-INNEN VERLASSEN DIE TEXTILFABRIK* – LOKALE UND GLOBALE VERFLECHTUNGEN DER TEXTILPRODUKTION IN BANGLADESCH / LOCAL AND GLOBAL INTER-RELATIONS OF TEX- TILE PRODUCTION IN BANGLADESH”, which analyses the conditions of the workers in the textile industry, a commercial enterprise that links the “rich north” and the “poor south” with each and every transaction it entails.

Project APPAREIL and SPINNING JENNY 2000 concentrates their focal point on the humanity and existence of the workers of the Dhaka factories by means of a re- search into the phenomenon of anonymisation in the global economy and through this multinational industry; and the consequent discrepancy it creates in lo- cal economic markets. The project seeks to reopen the consumers eyes onto the existence, away from the consumer’s gaze, of the “makers” of any bought garment available for sale and immediate purchase on the western consumer shelves. It seeks to make these hidden hands present again to us, and once more connected with heads and bodies, to summon up the individuals threaded behind the seams.
The idea of anonymity is suitably embodied by the white gloves, an item that protect from leaving fingerprints behind, yet made on an industrial scale by thou- sands of invisible hands belonging to “anyones”, or even to “no-ones”, thousands of kilometres away. 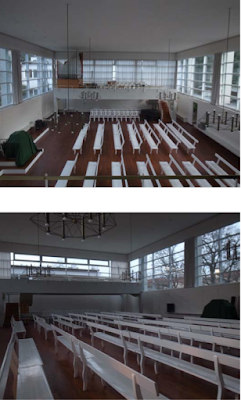 The object “white glove” is therefore the proposed vector of investigation into the condition of of the textile workers in Dhaka, a process which starts on the internet, making the purchase of 100 dozen pairs of cotton gloves made in Ban- gladesh, the minimum amount for a BULK purchase.
A purchase over the internet seems an ideal illustration of the phenomena of anonymisation of the consumers as well as the sellers, and the further mystifica- tion of the innitial “makers” at the begining of the production line. It is as if the product fell out of the sky, magic and shiny, and object made by many and consummed collectively by many, like the great cathedrals of the middl-ages. In- ternet is the phenomena of anonymisation and glogablisation at its paroxysm and is therefore the chosen means of purchase of the item “white glove”. 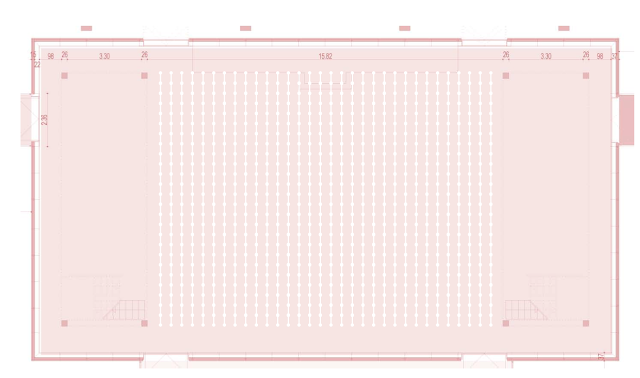 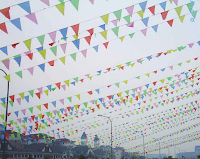