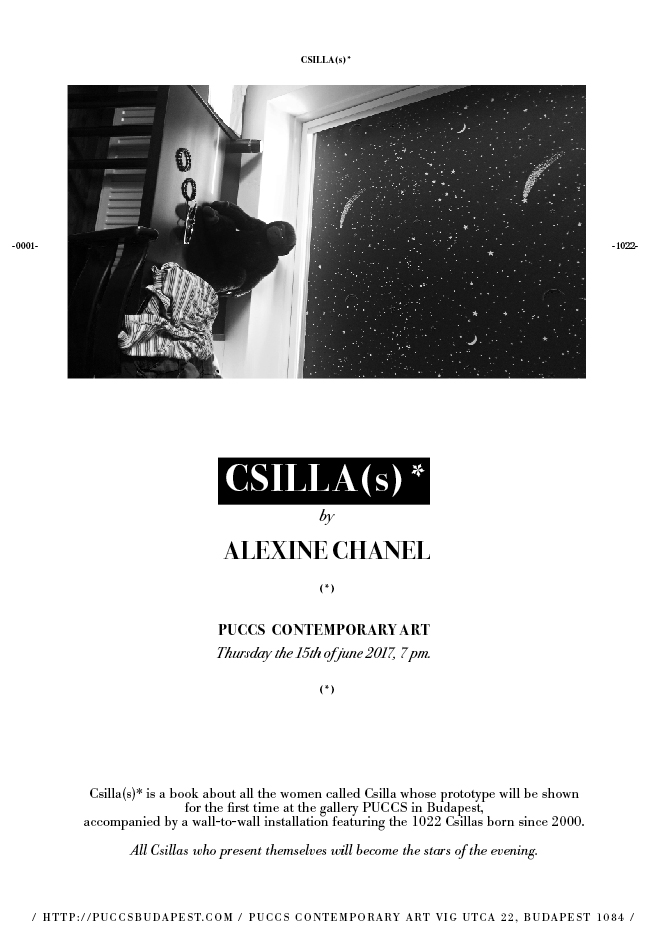 *Stars and Flowers
Opening on the 15th of June, Puccs Contemporary Art is showcasing two Berlin-based artists. The double feature will open with a book preview and installation by Alexine Chanel on June 15th, and is closely followed by an installation by Jörg Hasheider, opening on June 17th. Both artists, in radically different ways, are evoking the beauty and power of social practices.

Alexine Chanel focuses on the deeply spiritual practice of naming a child. A name gives a newborn baby an identity and a place in the world. In a manner, it is a prayer said over a new life, containing the soon-to-be parents' hopes about who the child will become and what they will accomplish.
The name Csilla, or star - which also gives its title to Alexine Chanel's work - seems a shining example of parental hope and poetic power. Alexine Chanel takes a close look on the name and the named, the history, the life and the fate of individual Csillas.

Jörg Hasheider's installation "Gerbera" deals with the concepts of interaction and exchange, both fundamental for human development, in any given aspect. The flower "Gerbera" is very common to us, however it is,  much like massive amounts of fruits, vegetables and goods of all kinds brought to us from abroad, in this case from Africa. So the Gerbera appears as a fitting symbol and a concrete example of the positive energy contained in international trading, the exchange of thoughts and the human congregations involved in the process.

Neither story had a happy ending: the name Csilla is losing popularity and is on the verge of becoming "extinct". Gerberas are still very popular, but the people working for their production are, at least in some parts of society, not. Thus ignored, they die, excluded, behind bars. 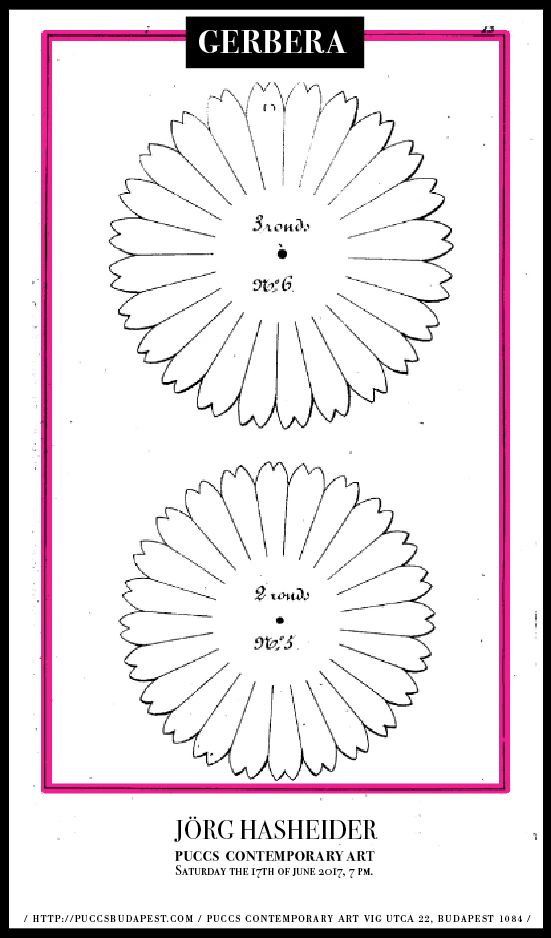